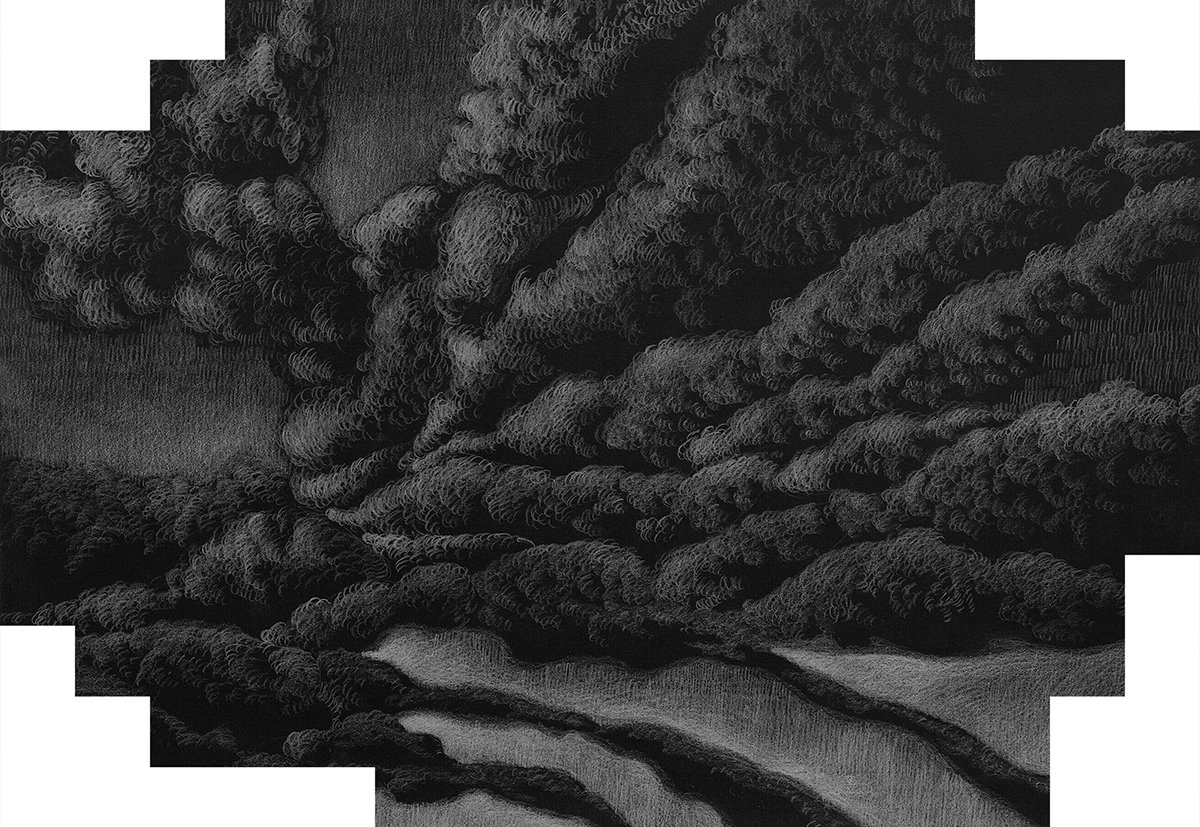 I have always admired the boundless power of nature, and against its background; the absolute helplessness of man. Ancient peoples believed that: in heaven there is a refuge of divine beings who manifest their will in the form of thunderstorms or life-giving moisture. Nowadays, we believe less in fairy tales and prefer to rely on the predictions of scientists, but we still remain in the role of an observer, who can only fix and wonder what is happening outside the window.

The Skieshapes series contains graphic fragments of my observations. Peering into the bizarre changeable shapes of clouds, I can't help thinking how fleeting our life is and how little we will leave behind. White pencil strokes on a matte black background, like the reflections of city lights illuminating the night sky. Fleeting, elusive, but invariably disappearing into the depths of the landscape.

The edges of the paintings are cut off like the rendering process that is used in 3D graphic editors to translate from a three-dimensional scene into a two-dimensional image. It is natural for a person to strive not only to know, but also to subdue the elements, and in the 21st century computer technologies are often used for this. Clear squeaky frames around the air flakes of clouds represent the transition to a new digital era in which the virtual world can finally replace a person's natural habitat. 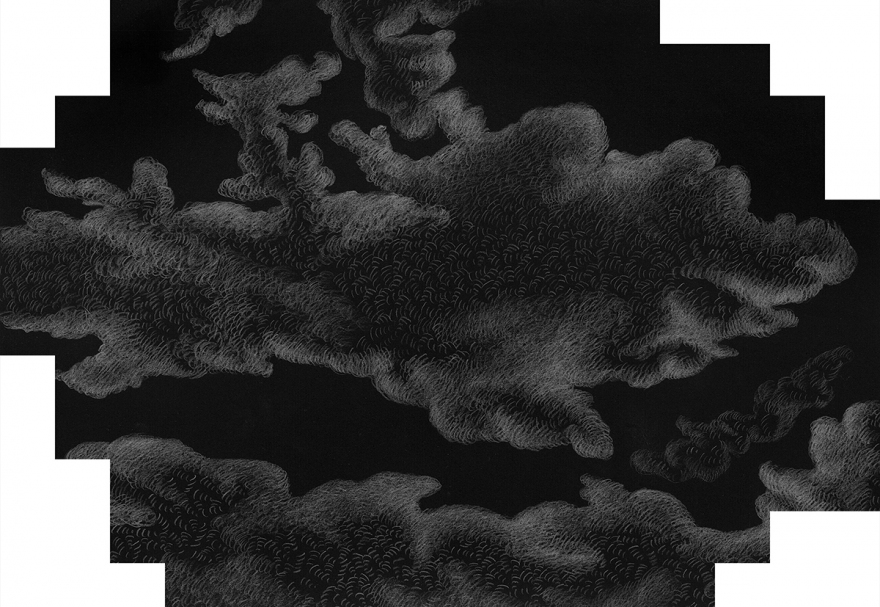 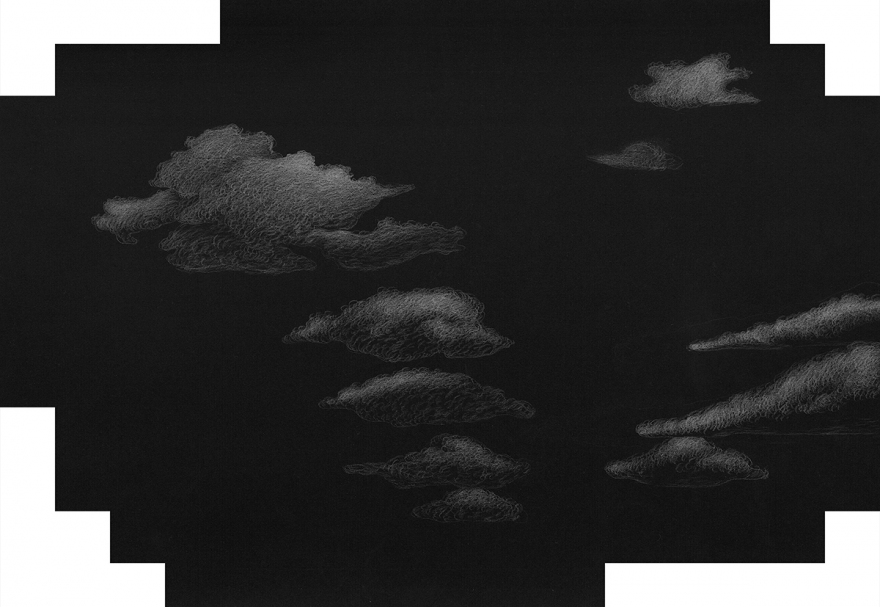 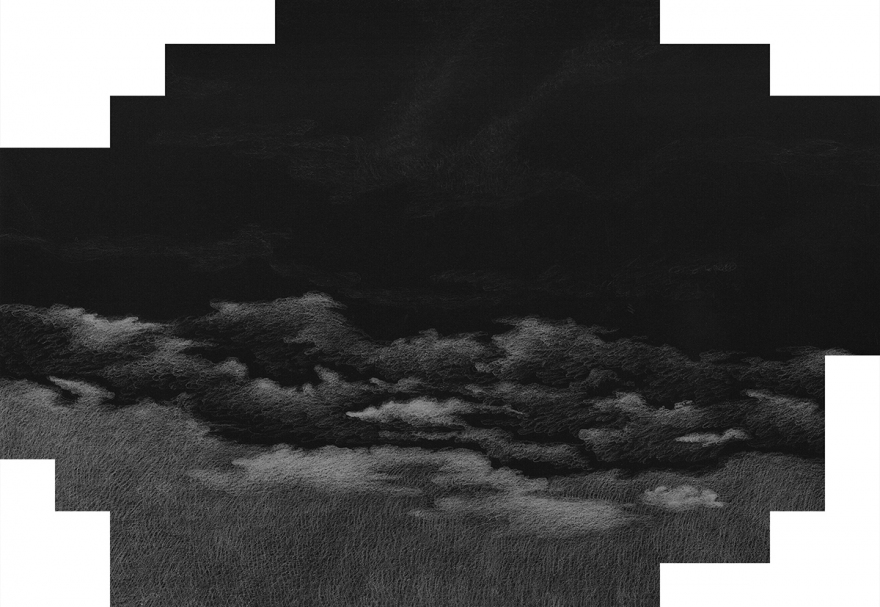 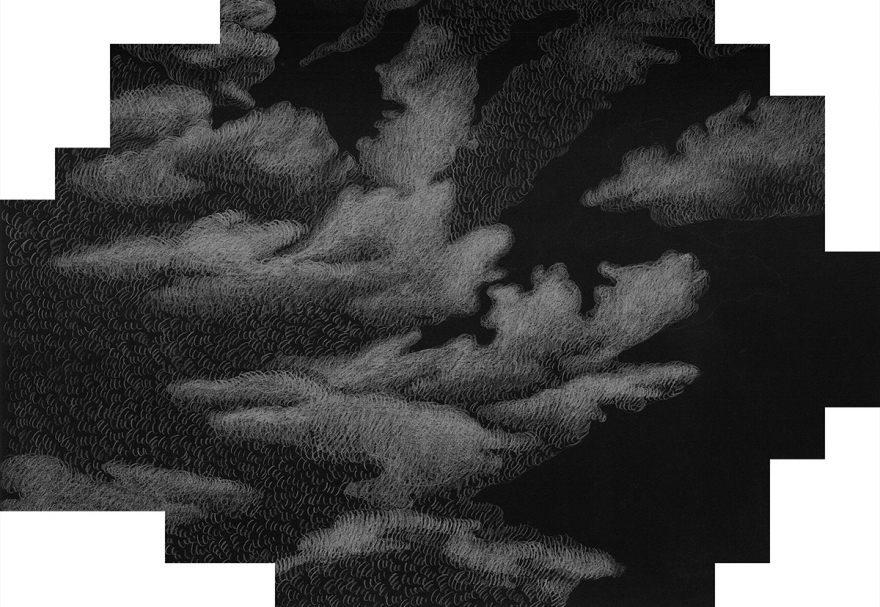 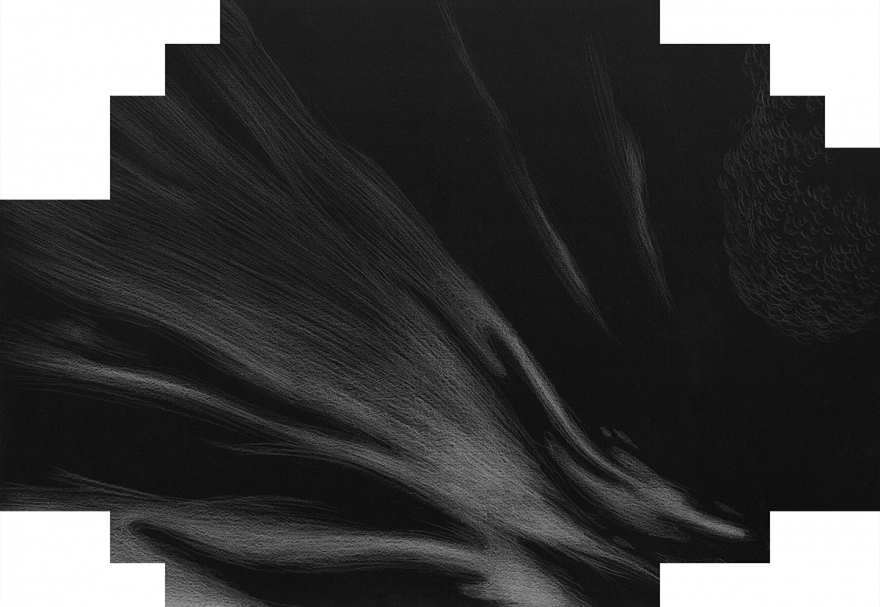 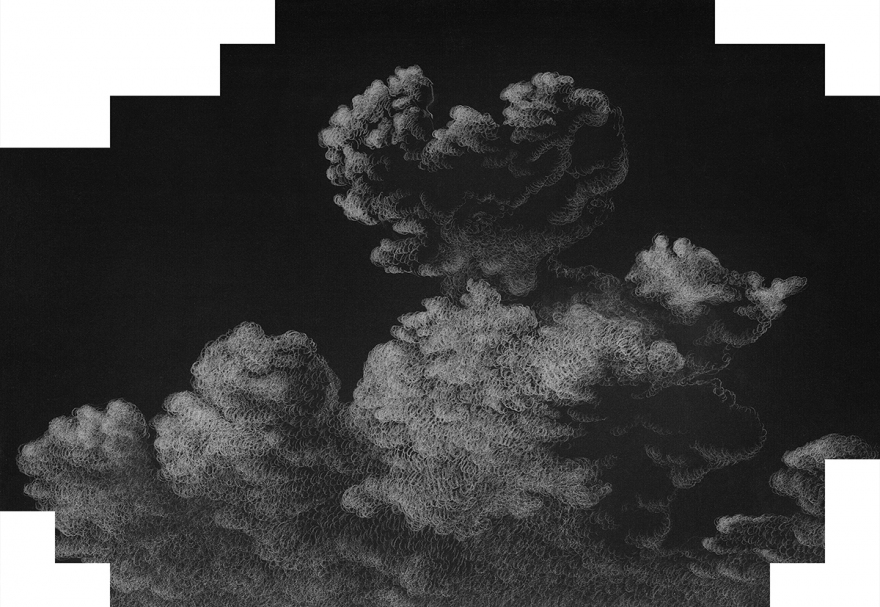 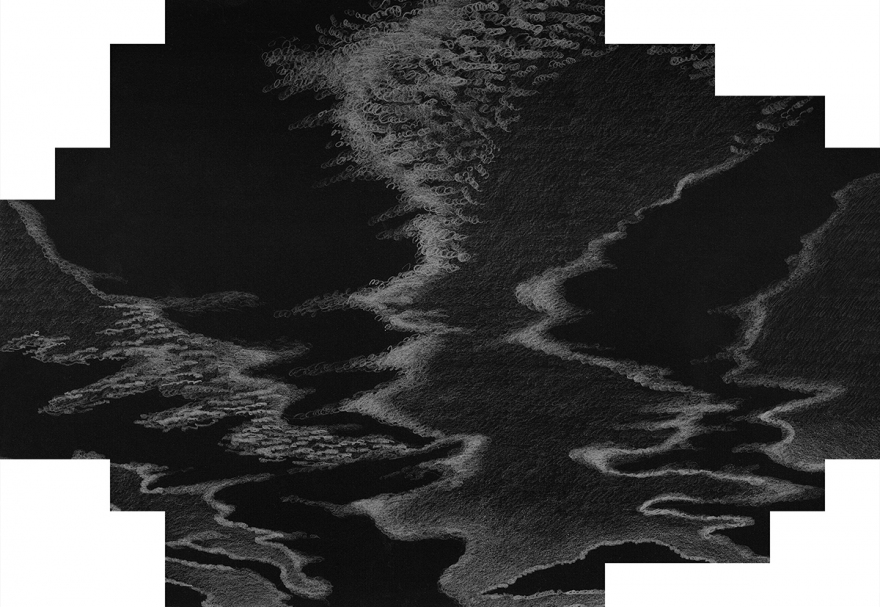 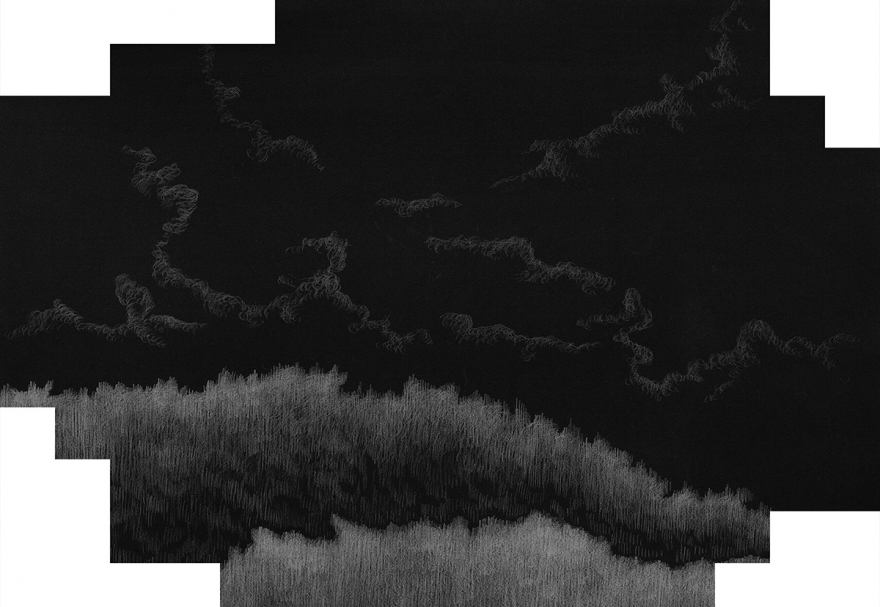 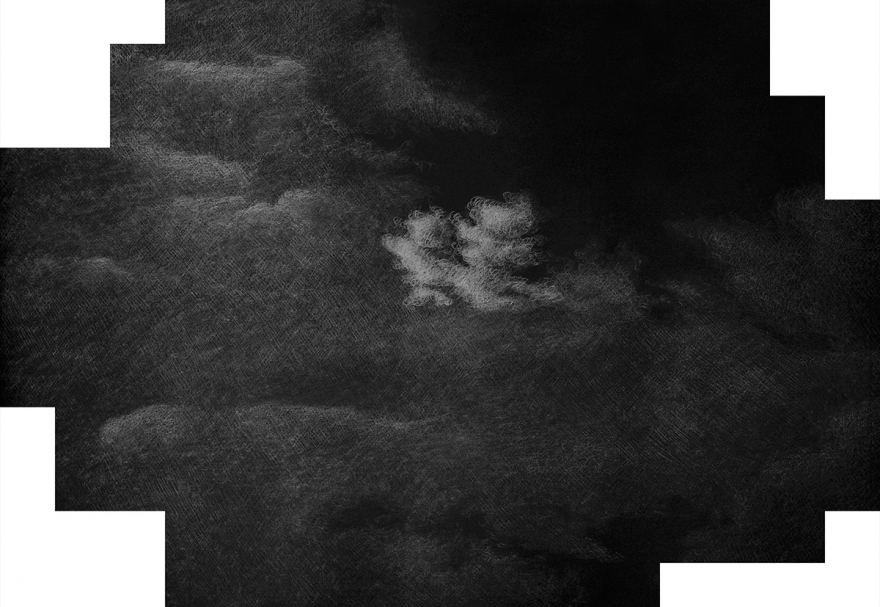 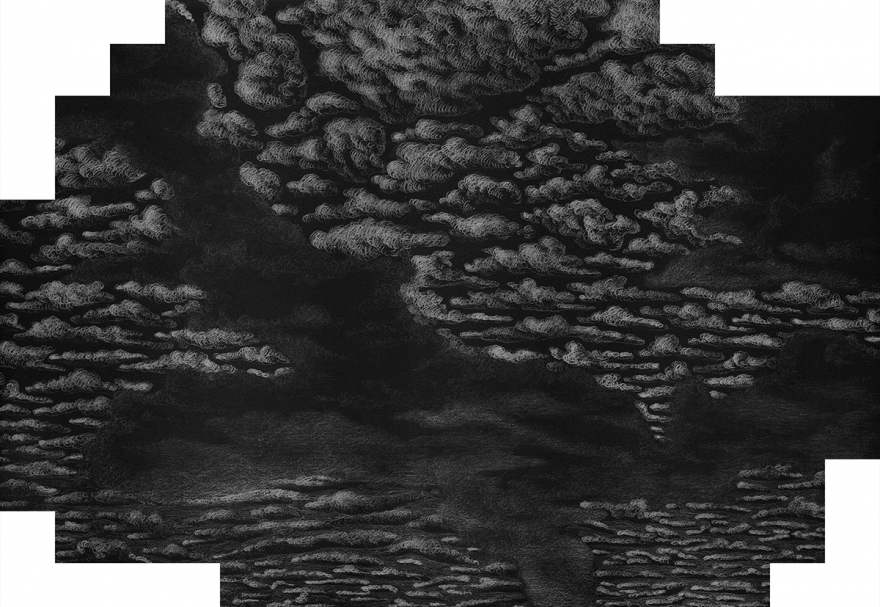